The Best Things to Do on Oahu 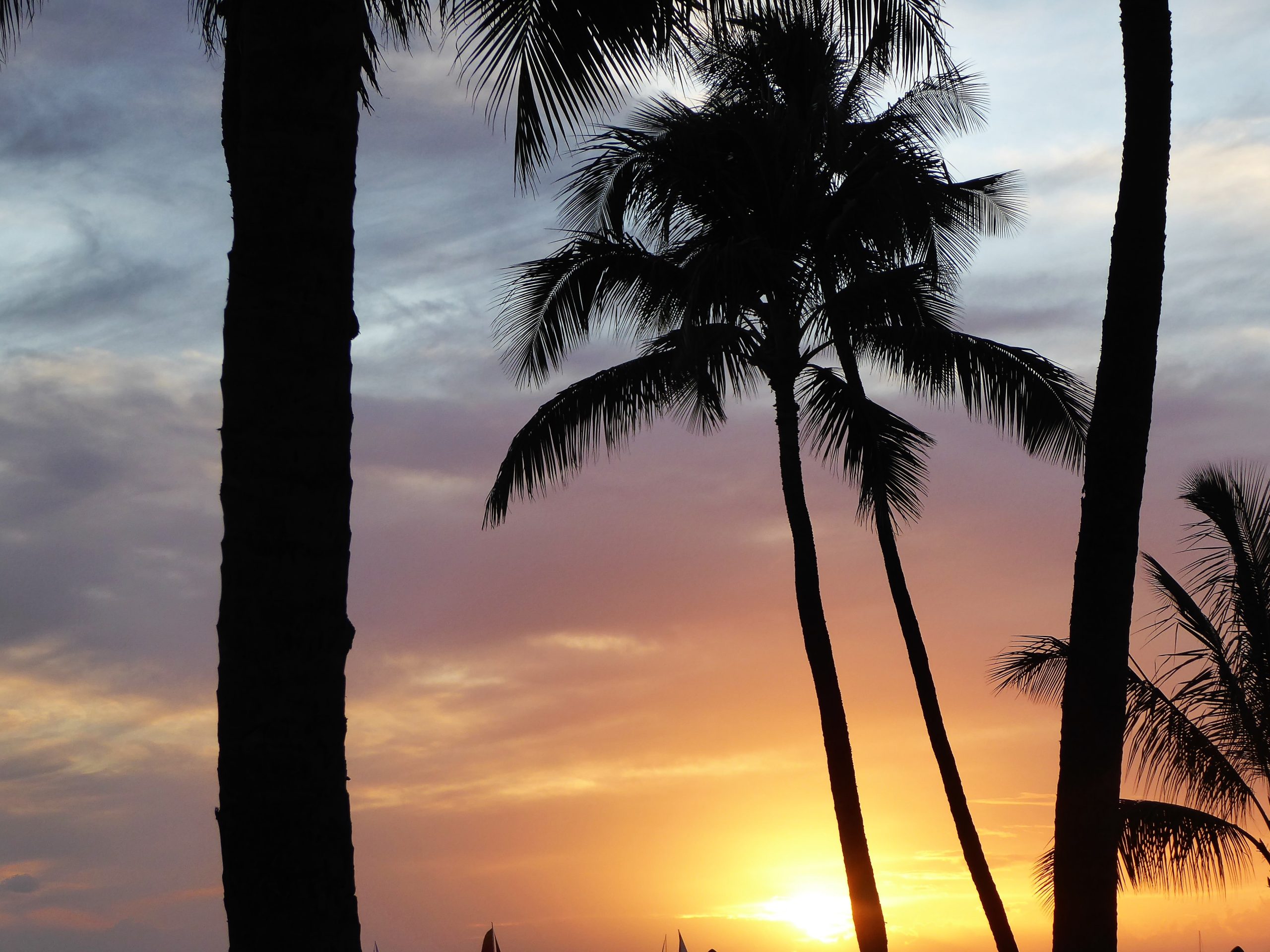 When people think of visiting the Hawaiian Islands, most people think about Oahu. After all, Honolulu (the capital and largest city in the state) is on Oahu. Flights to and from the island are plentiful. And there is a plethora of things to do on the Island. We absolutely enjoyed out time on the island and explored almost all of the island. We found many great family activities from Honolulu and beyond. Here then, is our guide to the best things to do on Oahu.

Enjoy the Hustle and Bustle of Waikiki

95 percent of the hotel rooms on the island are in Waikiki. Waikiki is really the heart of Honolulu and you’ll find everything to do here. Shopping. Restaurants. In addition to all of this you can watch free hula performances, listen to Island music, and take your picture at the Duke Paoa Kahanamoku Statue, a 9-foot sculpture on the Olympic athlete who put surfing — and Hawaii — on the map.

Soak Up the Sun at Waikiki Beach

The beach along Waikiki is one of the most stunning, and busy, in the world. The white sand beaches draw crowds to the beach. There are paved walking paths for those who want to stroll the two-mile long beach.

Learn About Hawaiian Culture at a Luau

We knew while planning our first family trip to Hawaii, that we needed to find a great luau. It’s the best way to learn about Hawaiian culture.

We looked at a lot of options, and finally selected Toa Luau. The event takes place at the Waimea Canyon Arboretum and Botanical Garden on the North Shore. Toa Luau received fantastic reviews for family friendliness and experience. We have to agree.

One of the things that sets Toa Luau apart from others is its small size. The luau seats only 200 people. That made the event intimate.

We also enjoyed the cultural presentations before the dinner and dancing. Our family was able to roast cocoa beans (used later in the evening for a hot chocolate drink), peal plantains, and weave a palm frond headpiece.

Of course, we got to see the fire pit used to cook the meals (our meal was not cooked in this fashion due to U.S. Food laws). We saw the guys climb the coconut trees in record time. And we learned some history of the Waimea Canyon, Hawaiian culture and other Polynesian Cultures.

The highlight was the after dinner entertainment, where we were taken on a tour of Polynesian Islands through dance and song. The fire dance at the end of the show was first rate. My wife, who has been to a couple of luaus, thought it was the best fire dance she’s seen.

Ride a Catamaran and Click a Pic of Diamond Head

Once upon a time, my wife lived in Honolulu. One of her favorite activities was a weekly catamaran sail on the Kepoikai II.

When our family planned our trip, she insisted that we ride the Kepoikai. This was one of the highlights of our trip, and a journey we want to do again and again.

During the one hour tour, you’ll head out from Waikiki Beach in to the bay. Halfway through, you’ll turn around, and capture a stunning view of downtown Honolulu and Diamond Head.

We had a blast sitting on the netting, looking for sea life, and feeling the ocean spray on our bodies.

You can reserve a tour ahead of time (which is what we did), or look for the blue and white sail on the beach and hop on board if space allows.

Dip Your Toes in the Sand at a Beach

There are no shortage of free, public beaches on Oahu. In addition to Waikiki Beach, we enjoyed a number of beaches along the East and North Shores. Here are some of our favorites.

The beach is away from the hustle and bustle of Honolulu on the island’s eastern shore. During the weekdays, you’ll find few beachcombers. at Waimanalo.

This is your classic soft-sand beach. It has a long shoreline, amazing azure blue waters and stunning scenery all around.

When we visited there were posted jellyfish warnings, so we didn’t tread too deep into the water. Still, the kids were able to body surf, find crabs, and enjoy an almost empty beach.

While the shoreline isn’t as impressive as the other beaches listed here, Kualoa Beach Park still has a lot of appeal. The nearby mountain views have inspired many a filmmaker to use the site in movies (Jurassic Park among others). Mokoli’i Island (also known as Chinaman’s Hat) is a stone’s throw away. In fact, during low tide, you can wade through the ocean to the island and climb its peak. We saw a number of people kayak over to Mokoli’i and reach the summit.

What makes this beach park so nice is a large swath of grass and picnic tables. It would be so easy to lay under a coconut tree with a good book and enjoy the sounds of the waves lapping the shore.

The North Shore beach is a popular surfing competition beach during the winter months. We could see why during our October visit. The waves were large, and took out many surfers we saw. Our kids loved body surfing and running into (and away from) the large waves.

The beach is long and large, with plenty of room for many visitor’s (although the parking lot is tiny).

And as its name implies, the beach is the place to go to watch a North Shore sunset. 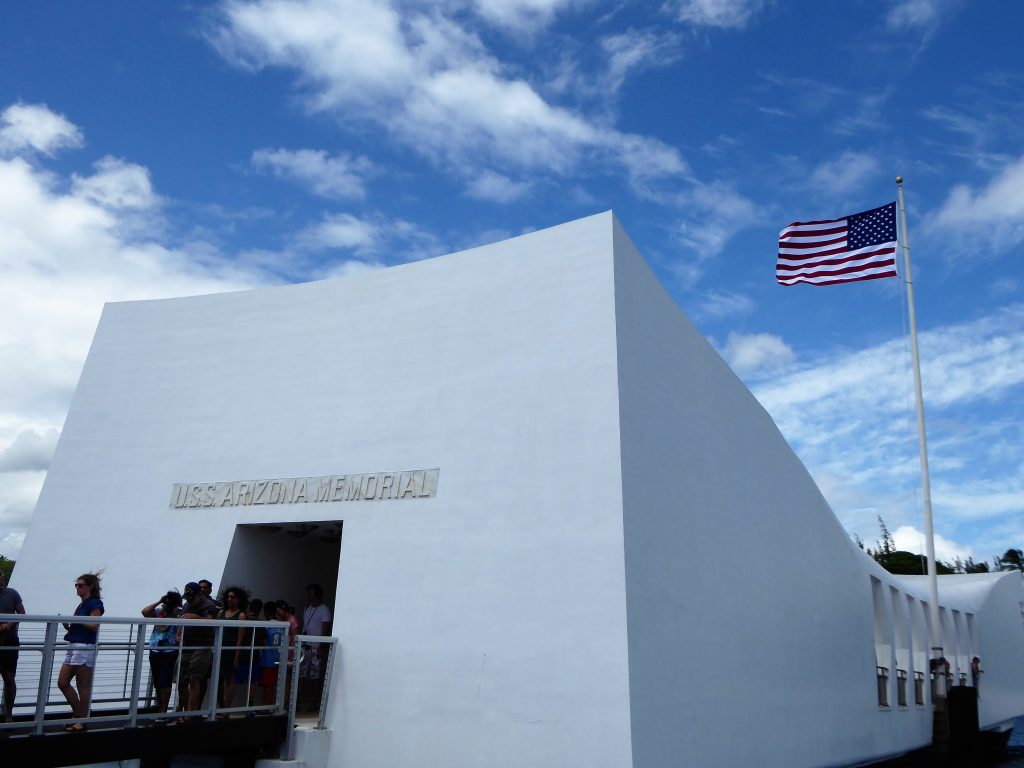 Visiting Pearl Harbor was the Number One thing I wanted to do on Oahu.

The Pearl Harbor National Memorial Site is one of the busiest sites on the island, but it is so worth your time.

On December 7, 1941 Japanese planes led a surprise attack on the Navy Base on Oahu. The attack temporarily crippled the U.S. Navy, destroying three vessels and severally damaging many others.

The most devastating attack was on the U.S.S. Arizona. The battleship sunk in minutes, killing 1,177 people.

The attack led to the U.S. entrance into WWII.

At Pearl Harbor, you can ferry to the site of the submerged Arizona, tour the U.S.S. Bowfin (a submarine involved in many missions during the war), a tour the U.S.S. Missouri (the battleship where the peace treaty was signed ending WWII).

Some people may question whether this is an appropriate place for a family to visit. I can only say that our children left Pearl Harbor with a greater understanding on WWII history and a higher respect for our military both past and present.

We’ve been to a few places with an aqua cycle, and always thought we should try it out. There are a few places along Waikiki Beach where you can rent the cycles. And we decided that it was time to put out foot pedaling to the test.

Our kids were wary of pedaling against the ocean waves, so we rented an Aqua Cycle in the Hilton Hawaiian Resorts Lagoon. No waves here. They had an hour’s worth of paddling fun. Before the hour expired, our son asked if they could do another hour. They had that much fun.

Speaking of the Hilton Hawaiian Village, you cannot miss their weekly fireworks show. Each Friday evening, Hilton launches a 10-minute show from the beach. It’s a spectacular and impressive show.

We’re used to watching fireworks displays from a distance. So we were impressed by this display, where we found viewing up close. That made the sounds and the sights much more sensational and enjoyable. We actually watched the fireworks launch from their shells.

We’ve seen a lot of displays, but this free event, against the backdrop of palm trees and the Pacific Ocean, has to be one of our favorites.

Cheer on the Home Team at a University of Hawaii Game

Our son wants to attend the University of Hawaii. Who can blame him?

Before visiting Oahu, my wife discovered that the university football squad was playing during out stay. And even better, they were playing Air Force (located very close to our hometown). We knew our son would have a blast going to the football game.

Football may not be your favorite, but you can still check out a University sporting event while on Oahu.

Revel in the Natural Beauty of Waimea Arboretum and Botanical Garden

The Waimea Valley was one of the stomping grounds of the Hawaiian royal family. After visiting, we can see why they chose this spot. Not only does it offer protection from those who may invade the island, but the landscape is amazing.

In the heart of the valley is the Waimea Arboretum and Botanical Garden. Visitors can tour the gardens, which are sensational, or stroll to the onsite waterfall. You can take a dip in the water’s below or swim under the waterfall.

We didn’t have a lot of time to spend at the botanical gardens (we arrived late and were attending the Toa Luau), but what we saw was enough to impress us and make us want to return for a lengthy stay during our next trip.

No trip to Oahu would be complete without a trip to the iconic Dole Plantation, home of the Dole Pineapple. Actually, most of the pineapples are grown on the nearby island of Lanai, but the company began at the Oahu location.

The Dole Plantation is a popular and busy tourist stop. Plan accordingly because the parking lot fills up by midday.

There are a plethora of activities at the Dole Plantation. You can navigate through the world’s largest maze. Or stroll the plantation’s garden. Shop in the gift shop. Or order from a number of items topped with fresh pineapple. Dole whip anyone?

We took the Pineapple Express Train Tour which took us around the plantation. During the ride we saw pineapple fields, cocoa plants, limes, lemons, bananas, pomelo, and many others fruit trees. Unfortunately, our October visit was after the pineapples had been harvested. So we saw lots of plants, but very little fruit.

Visiting the Dole Plantation is free, but activities are additional costs.

Just north of Waimanalo Beach, you’ll find Keneke’s in a run down concrete building. Don’t let the looks of the building deceive you. Keneke’s has some of Oahu’s best food. It just goes to show you that good things come in surprising places.

After our visit to Waimanalo Beach, we hit up Keneke’s. My wife raved about the food for months. Her exclamations were on the mark.

The teriyaki chicken was amazing. Portion sizes are ample. I don’t think any of us finished our entire meal, but it was so good we refused to share or split a meal.

If you save room after your meal, you can indulge in some shave ice too. We’ll definitely go back to Keneke’s again and again. 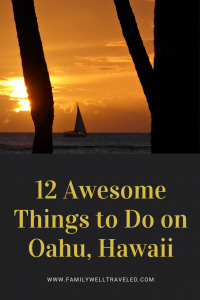 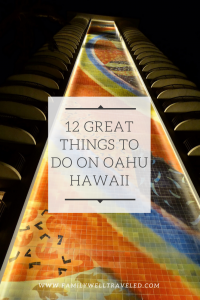