A Trip to Black Canyon of the Gunnison National Park 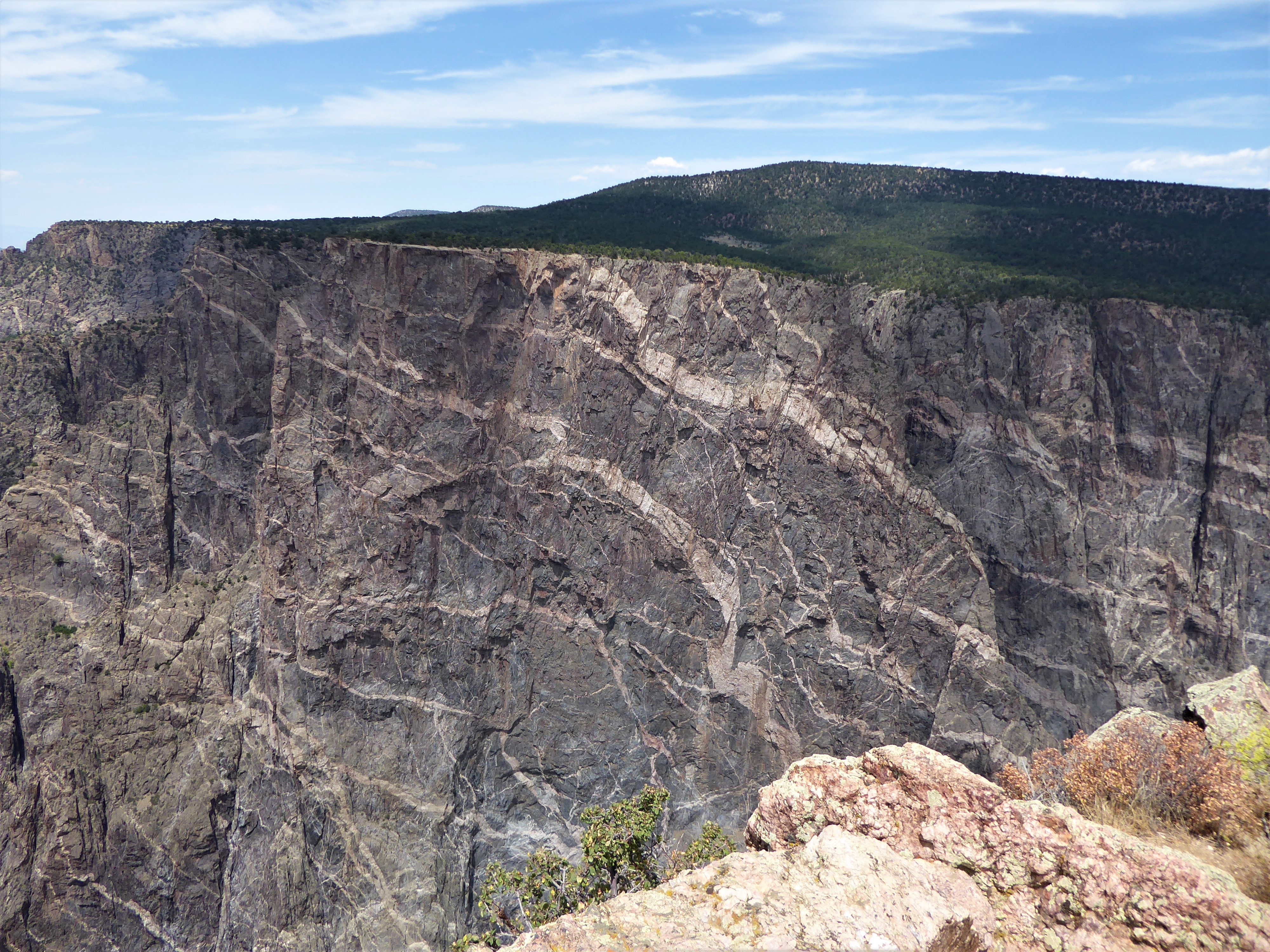 Some of its rock walls are deeper than you’ll find in parts of the Grand Canyon. For more than 2 million years, the Gunnison River has chiseled away the rock canyon walls, at the rate of one paper width per year. Painted Wall, its largest cliff side, rises 2250 feet (685 meters) making it larger than two Eiffel Towers stacked on top of each other. And the views from Black Canyon of the Gunnison National Park cause immediate sensations of vertigo.

Our family drove through South Rim Road on our visit to the Colorado park. Black Canyon of the Gunnison is one of Colorado’s four national parks and the least visited of the four. But the views from the canyon are as awe-inspiring as anything that Rocky Mountain National Park or Great Sand Dunes National Parks have to offer.

Here is a essential list of things to do and see on South Rim Road at Black Canyon of the Gunnison.

Getting to Black Canyon of the Gunnison National Park

The park, located a few miles from the town of Montrose, Colorado, is accessible from U.S. Highway 50. It is a five-hour drive from Denver. The park is nestled within the Rocky Mountains, therefore driving to the site may be difficult during winter weather conditions. And since this is Colorado, winter weather can strike almost any time during the year.

There are no restaurants in Black Canyon of the Gunnison. Bring food or snacks for your visit.

Fees at Black Canyon of the Gunnison

The entrance fee to the park is $20 for a vehicle, covering all passengers; $15 for a motorcycle, covering two passengers; and $10 for pedestrians or bicyclists. The park has three campgrounds with additional nightly fees.

How Did Black Canyon of the Gunnison Get Its Name?

Why Black Canyon? While the colors of the cliffs and rocks do have a black hue, the name derives from the fact that portions of the canyon remain in almost constant darkness, receiving as little as 33 minutes of sunlight per day.

Despite the name, Black Canyon actually has a bevy of colors, from the clear blue river to the orange, yellow, and green lichen covered rocks. The pigmentation in the cliff and rocks reveals reds, pinks, whites, tans, and grays.

The 7-mile South Rim Road has 12 overlook stops. The road is in good condition, but there are some segments of the road that are near the cliffs, making them more difficult for RV drivers. The road is two lane, but all of the parking at the 12 overlooks is on the right side of the road. We chose to drive to the inmost spot High Point and then stop at the overlooks on the return ride. This meant that we often had to cross the road to find parking. Not a big deal, but it’s advisable to make your stops as you move through the canyon.

Most of the 12 overlooks also require a short walk, anywhere from 100-600 yards.

The structure of the rocks and cliffs change dramatically during the 7-mile drive. The cliffs at the southern end of the canyon are more jutted and jagged than those at the north end of the road, which are straight, sheer cliffs.

The first scenic overlook you reach is Tomichi Point. At the south end of the road, these cliffs are more jagged, and look more like turrets or teeth than sheer wall.

A short drive from Tomichi Points land you at Gunnison Point at the Black Canyon of the Gunnison Visitors Center. From the Visitors Center, you can see the cliffs from a balcony, or you can walk down a paved pathway to the overlook.

The walk to the lookout is one of the longer ones, at more than 600 meters. The unpaved pathway takes you through uneven ground and up and down lichen-painted rocks. The views of the jagged cliffs and the rushing river below, however, is worth the walk. The overlook view is one of the more pronounced as it is in one of the narrowest crevices in the canyon. It was here that we all felt a sense of vertigo looking down over the metal railing to the river far, far below.

One of the more popular stops on the road. The Overlook is close to the parking lot. The views at one of the narrowest widths in the canyon are stunning.

Right next to Chasm View is Painted Wall Overlook. Painted Wall is the largest cliff in the canyon at 2250 ft. For comparison, the Washington Monument stands at 555 ft, the Willis Tower in Chicago stands at 1450 ft, the Freedom Tower in New York stands at 1776 ft., and the Burj Khalifa in Dubai stands at 2717 ft.

Painted Wall, which is about 1/2 mile across, looks like an artist brushed strokes into the side of the wall. Lighter colored pegmatite dikes set off the darker rock that was chiseled away from millions of years of erosion.

After the narrow canyon gorges at Chasm View and Painted Wall, the canyon begins to grow wider again. So the views at Cedar Point and nearby Dragon Point, though not as dramatic, give a great vantage for viewing the depth of the canyon, the Gunnison River, and the valley below.

Here, you can see more of the lighter pegmatite cutting through the rock face. The canyon walls once more become more jagged.

Honestly, we stopped here because our daughter needed to use the restroom. There are few restroom facilities on South Rim Road, so we took advantage of the stop. However, the views of the canyon as it opens up revealing the valley and river below are sensational. Sunset view may not be the most awe-inspiring location for photos, but it has a beauty all its own. Of course, the overlook gets its name for the striking sunsets, which we did not get to see during our trip. Maybe next time.

Black Canyon of the Gunnison and its sister site, Curecanti National Recreation Area both have Junior Ranger programs. Our daughter diligently completed the requirements in both books to receive her badges. Since the two sites are adjoining, you can pick up both books at either site’s visitors center. You also can turn in completed workbooks and receive the two badges at each site. We took advantage of this, getting our daughter’s workbooks at Curecanti. We turned in the completed books at Black Canyon where she received her two badges.

We also visited Black Canyon of the Gunnsion’s sister site, Curecanti National Recreation Area during our drive on U.S Highway 50.

The highlight of Curecanti are its three reservoirs, perfect for boating, fishing, and sunbathing on the beach. Unfortunately, we visited during a drought, which was made obvious by the low waterline and several closed boat docks.

Ours was a quick picnic lunch stop in the middle of a nine-hour road trip. We stopped by the visitors center asking for a good picnic spot. The Ranger advised us to go to a covered picnic area at Dry Creek a mile east of the visitors center.

Our kids raced to the covered structure while my wife and I unloaded our meal from the car. The kids soon ran back, crying that there were bee hives inside the structure.

The “beehives” were really mud nests built by swallows. During our lunch we watched the birds race toward their nests, apparently to feed their hatchlings, only to fly away since we were there.

They had good reason to fly away from us. It did not look like the area was maintained regularly. We found mounds of bird droppings on or near the tables. Clearly, they had no expectation of human visitors.

We quickly ate our lunch and moved out of the covered structure. The birds quickly moved in to the structure. It was fun to watch them swarming the area getting to their nests. 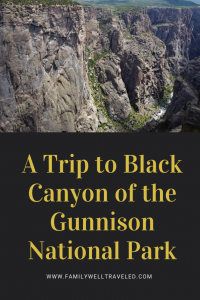 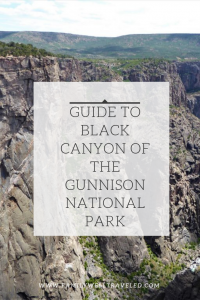