Complete Guide to Disney’s Not So Scary Halloween Party 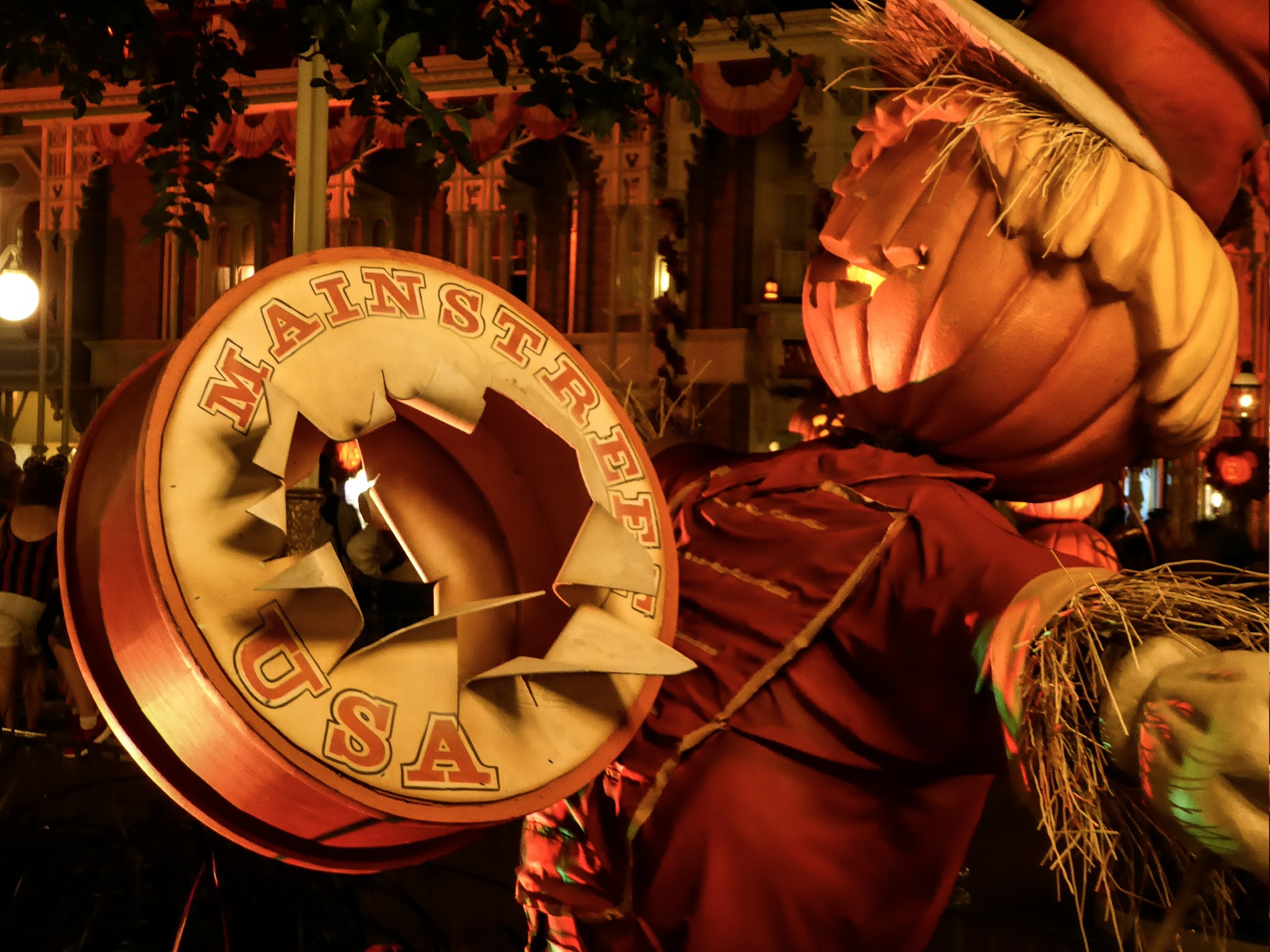 Every year, Orlando’s Magic Kingdom is transformed from magical to sinister (well, not so sinister) as Disney celebrates Mickey’s Not So Scary Halloween Party at the resort. Family Well Traveled partied with the ghouls, goblins, and Disney villains, collecting lots of treats and smiles along the way. From the Headless Horsemen to an unbelievable Halloween-themed fireworks display, here is our complete guide to Disney’s Not So Scary Halloween Party.

Mickey’s Not So Scary Halloween Party Dates in 2019:

Getting in to Disney’s Not So Scary Halloween Party

During certain days in September and October, the Magic Kingdom closes early to guests with daily passes. You must purchase a special ticket to the Not So Scary Halloween Party. The park closes at 6 p.m. on special event days. The party officially runs from 7 p.m. to midnight, but those holding special event tickets can enter the park at 4 p.m. This gives you eight hours access to everything the Magic Kingdom has to offer. Not all rides operate during the Halloween party, so these bonus hours from 4-7 p.m. are perfect for accessing these rides.

As you enter the gates, you will receive a special wristband for the Halloween Party. Disney Cast Members look for these wristbands and will not allow you to access rides after the normal-hours closure at 6 p.m.

Insider Tip: The Not So Scary Halloween Party is the one time of the year when guests can wear costumes and some masks into the park. Consult the Disney website for rules.

During 6-7 p.m. we rode Peter Pan’s Flight and It’s a Small World, since these rides had much shorter wait times during this time when day-pass guests exited the Magic Kingdom.

We also ate dinner and collected our Trick-or-Treat bags during this time, giving us ample time to access all the special attractions during the Halloween Party.

The Not So Scary Halloween Party runs from 7 p.m. to Midnight. When the bell tolls 7 p.m., you hear the crack of thunder and a haunted voice announce over the loudspeaker that the party has begun. Throughout the evening, the loudspeakers play ghostly pop tunes and some of the best music from Disney Villains.

The streetlamps take on a mysterious amber tone. Mist and fog hovers over the ponds and around the Haunted Mansion. Cinderella’s castle transforms into a foreboding castle with eerie lighting. Downtown Disney buildings suddenly show spectral visions of ghosts.

As the evening descends, the ambiance of the park grows more sinister — although, since this is Disney, it’s not too sinister.

Transformed Rides at the Not So Scary Halloween Party

Some of the park’s signature rides are transformed during the Halloween Party. While the Haunted Mansion ride is not changed, fog machines, lighting, and cast members give the ride an extra special Halloween flair.

Pirates of the Caribbean has some extra trickery with cast members strategically located throughout the ride.

In Fantasyland, the Mad Tea Party has some added features for the Halloween Party.

Insider Tip: Many people attend the party to see the parade and fireworks, so ride lines are shorter during those times. Take advantage of the shorter wait time and knock off some attractions.

And in Tomorrowland, Space Mountain’s intergalactic ride has even fewer lights and scary music pumping throughout the pulse-pounding roller coaster.

Although you may not use Fast Passes during the Halloween Party, lines have shorter wait times since the park is not as populated. We still had to wait 30 minutes for Space Mountain, but that is better than wait times during normal park hours.

Unfortunately, not all rides operate during party hours, so you must consult the park map.

As you enter the park, you’ll want to collect your trick-or-treat bag for the candy stations located throughout the park. Our kids brought their own bags to the park to collect a plethora of sugary delights. The Trick-or-Treat locations are marked with lighted standing balloons.

Guess what? There is no limit to the amount of candy you may collect during the party. Our family re-entered many of the trick-or-treat stations throughout the evening. Disney Cast Members encourage you to go through the lines multiple times.

Insider Tip: Lines for the treats are much shorter during parade times. Take advantage of the smaller crowds and collect even more candy while the parade thrills the crowds.

Major candy companies sponsor the Trick-or-Treat stations, so you get the best candy — including M&Ms, Skittles, Milky Way, Snickers and others. Yes, this is the good stuff. And with 14 treat locations throughout the park, there is ample opportunity to fill your bags (and suitcases) with enough candy to frighten a dentist.

Insider Tip: Food allergies? Disney has you covered with a couple of allergy-friendly treat locations.

A trip to the Magic Kingdom always guarantees opportunities to see Mickey, Donald Duck and other beloved Disney Characters. However, a trip to the Not So Scary Halloween Party allows you to see some of Disney’s favorite villains. Many guests look forward to this time of year when they can get pictures taken with Jafar, Ursulla the Sea Witch, Cruella de Vil and Jack Skellington.  Fans of the Pirates of the Caribbean movie franchise can meet Jack Sparrow.

You can find out which characters are appearing and where by accessing the My Disney Experience app.

Cinderella’s Castle (which is always the center piece at the Magic Kingdom) becomes the focal point for a number of special Halloween Party entertainments.

Dance the Night Away at Two Balls

Tomorrowland hosts the Monstrous Scream-O-Week Ball. Although we did not stop to dance with Monster’s Inc. favorites Mike Wazowski and Sulley, we saw them and a DJ jamming away with a captive group of kids.

Fantasyland is home to the Storybook Circus Disney Junior Jam. We did not hang out in Fantasyland during party hours, but we are sure this dance party is a real thrill for the younger Disney Junior crowd.

You cannot go to the Magic Kingdom without watching the famed parades that wrap through the park. The Not So Scary Halloween Party is no exception.

After the Headless Horseman disappears into the night, Zootopia’s Judy Hopps and Nick Wilde entertain the crowd with a team of dancers and a conga line while the floats work their way through the streets of the Magic Kingdom.

Insider Tip: Most guests attend the first parade, so you’ll find it easier to find seating if you can stay for the second show.

The Parade features many of your favorite Disney Characters, including Mickey, Minnie, Daisy, Goofy, Donald, and Pluto. Wreck It Ralph made a special appearance at this year’s parade, promoting Disney’s feature “Ralph Breaks the Internet.”

Many characters unique to the Boo-To-You Halloween Party also make appearances. The ghosts from the Haunted Mansion ballroom come to life, dancing through the streets of Downtown Disney. Gravediggers clang their shovels together and scrape the shovels on the street, creating sparks in the night. And the Grateful Dead has nothing on the undead band that rocks the streets.

Insider Tip: The best viewing spot for the parade is along Main Street. Plan ahead to find seating along the curb for the best viewing.

The parade ends with the Disney villains walking the streets to the adoring crowds who come to see the darker side of Disney.

Specialty Food and Merchandise at the Not So Scary Halloween Party

A few of the shops sell special merchandise that can only be found at the park during the event. The Frontier Trading Post has event trading pins for those Disney pin-trading fans.

The park also has specialty food found only during party hours. Desserts include specialties with Jack Skellington special, Hitchhiking Ghost, and Maleficent.

Nothing caps an evening at the Magic Kingdom like a fireworks spectacular. And the Not So Scary Halloween Party has its own, special fireworks extravaganza. That ghoulish voice that announces the beginning of the Halloween Party also narrates the fireworks show.

Our show included pop music and Disney favorites including “The Nightmare Before Christmas” and “The Little Mermaid.” Disney villains make special appearances during the show, creating explosive mischief.

The castle takes on a daunting aspect as the illuminations on the castle change color throughout the fireworks.

We have been told that the Happy Hallowishes is the best of Disney’s fireworks shows. It was certainly spectacular and worth watching.

Using the Magic Band and My Disney Experience App

Disney makes your vacation easy to enjoy with the Magic Band and the My Disney Experience app.

The Magic Band is a wristband you can wear throughout the park. Simply scan the Magic Band in order access your Fast Passes, gain entrance into the park, or purchase food and merchandise. The Magic Band also can be used to add photos to your My Disney Experience. After we returned home, we logged on to our My Disney Experience app and found not only those photos we had posed for, but also photos of us on rides like Pirates of the Caribbean, the Seven Dwarfs Mine Train, and Splash Mountain. Our favorite was a video of the Seven Dwarfs Mine Train, with actual footage of our family on the ride.

The Magic Band can be used throughout the Walt Disney World resort. It serves as your room key if you are staying on site, and can be used for charges in the park and at Disney Springs. Of course, we asked that our kids did not have charging privileges attached to their Magic Bands.

We also used the app weeks before our vacation to track average wait times during specific times of the days so we could create an optimal plan for our trip to the Magic Kingdom. 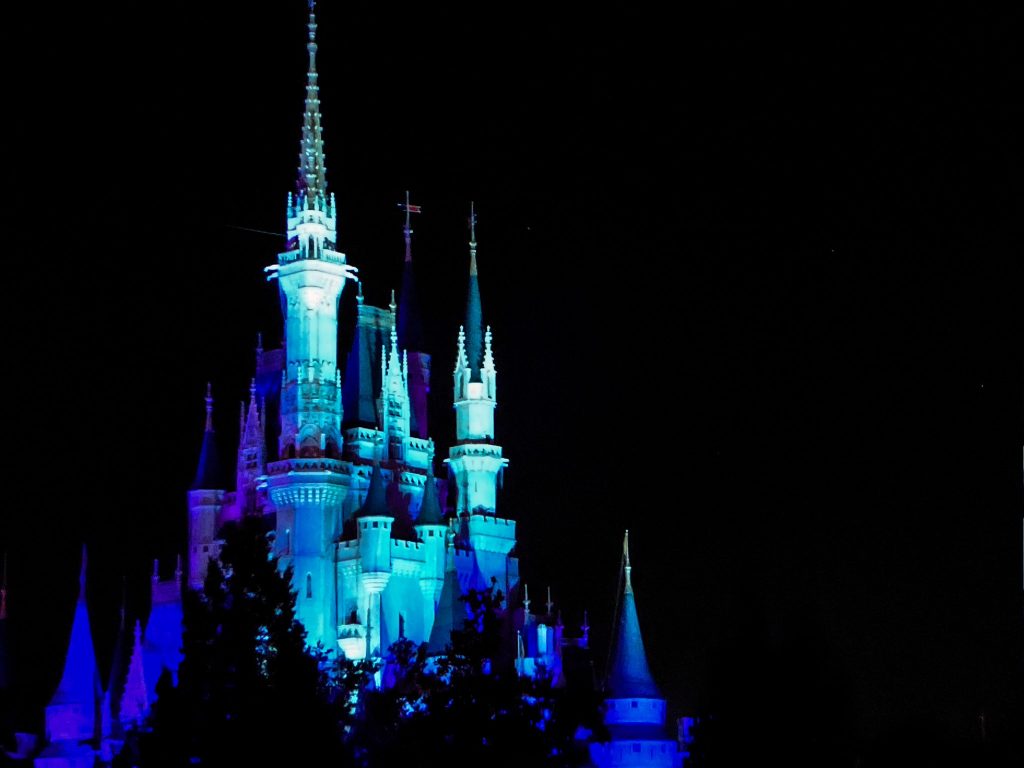 Final Thoughts on Mickey’s Not So Scary Halloween Party

Ticket prices to the Halloween party are slightly cheaper than a normal day pass. However, you have fewer hours in the park.

We thought the tickets were a good value (for Disney) given the extra experiences unique to the Halloween party. Of course, the limited time in the park did keep us from doing a lot of things in the park, such as riding more attractions (we were able to ride nine attractions) or going to the dance party. There were some areas of the park that we did not visit due to the limited time. Still, the party does give families the opportunity to experience the park at a discounted rate. 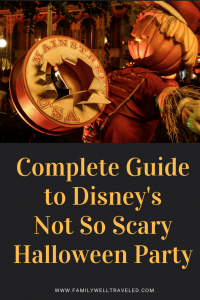 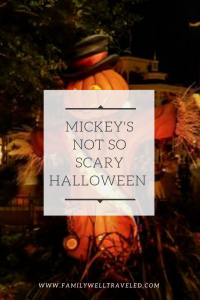