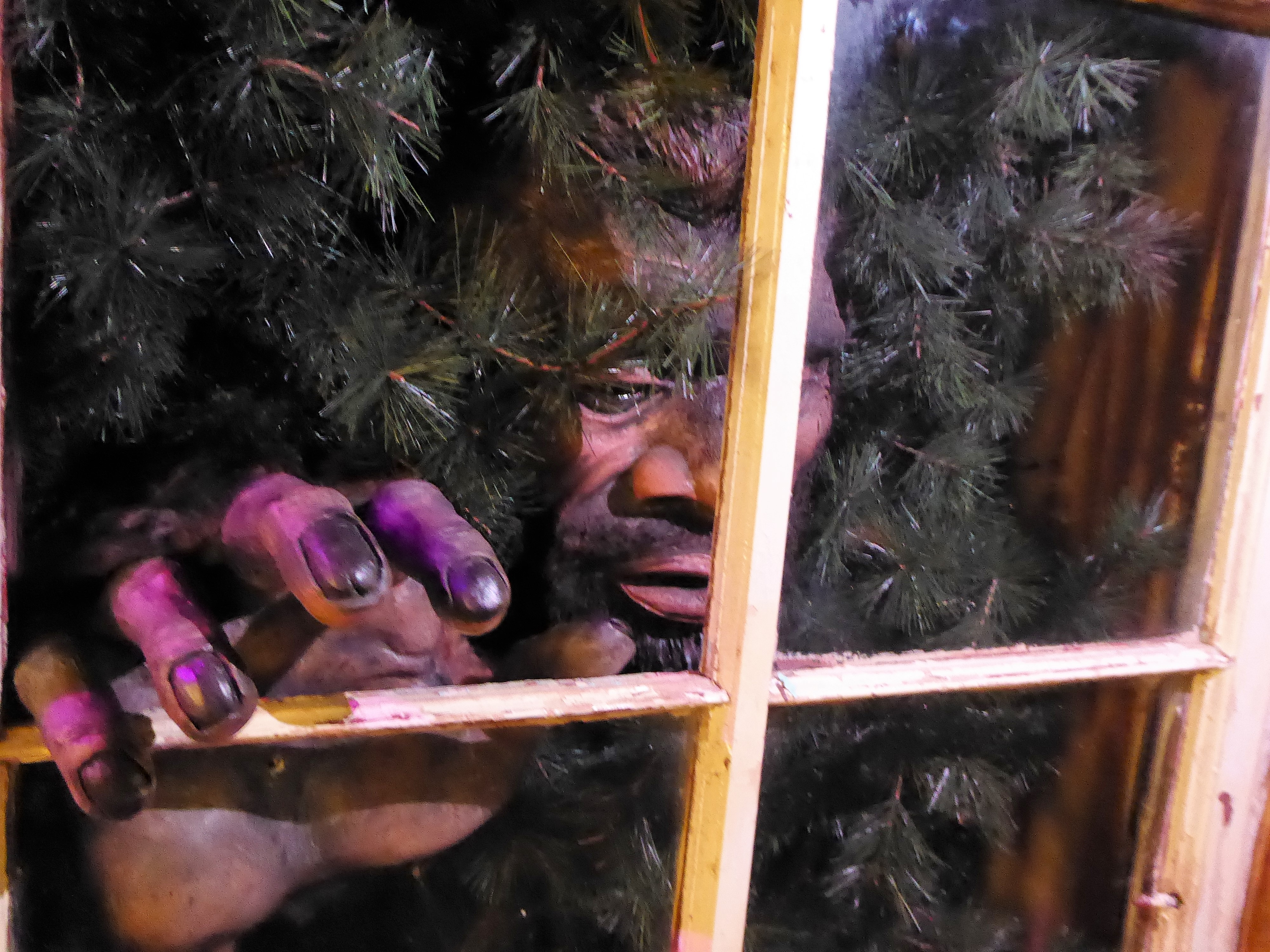 Bigfoot. Yeti. Sasquatch. Whatever you call the beast, he’s illusive. But, Bigfoot has been sighted in the small mountain town of Bailey, Colorado. There on main street, you can visit the Sasquatch Outpost where you can buy all things Yeti and visit the Bigfoot Museum as well.

Honestly, I am highly skeptical of Bigfoot’s existence. However, our son finds the gigantic beast intriguing. He watches television shows and YouTube videos about reported sightings. When we travel through the woods, he has one eye open, peering through the evergreen trees for a glimpse of a Sasquatch.

Knowing my son’s affinity for the legend, I knew I had to take him to the Sasquatch Outpost when I discovered it online.

And while I am a skeptic, I found our trip to the Outpost entertaining and worth the drive.

Would my skepticism turn into die-hard belief after visiting the museum? Let’s find out.

Getting to the Sasquatch Outpost

The Sasquatch Outpost is located in the Bailey, Colorado, a small town nestled in the Rocky Mountains. The town is about a one-hour’s drive west of Denver, on US Highway 285. The drive from Denver is about 50 miles. Bailey is 7700 feet above sea level, so be prepared for some labored breathing if you are accustomed to lower elevations.

The Sasquatch Outpost is located at 149 Main Street. The large white building with a enormous Bigfoot on the side of the building has limited parking. We captured the final parking spot during out visit.

As you enter the Sasquatch Outpost, you’ll see shopping on two sides. To the right you find camping gear and outdoors equipment. But, the highlight of the store is the central section where you’ll find all kinds of Bigfoot accessories. The store has everything from plush Bigfoots, to t-shirts, bugs, water bottles, postcards, stickers and magnet. If you want to read more about the legend of Bigfoot, you’re in luck, since there are numerous books on the topic.

At the back of the store, you find the Bigfoot Museum. Admission to the museum is $5 for adults and $3 for children. However, if you purchase souvenirs from the store, your admission cost is waived.

Of course we were here to see the museum. As soon as we walked around the outpost shop for a couple of minutes, we checked in to the museum.

At the entrance, my son and I received a blue plastic token. The cashier told us to hold on to the chip token and he would square up payment with us at the end of the trip. In other words, if we purchased items from the shop our museum admission was waived.

The museum is darkly lit, adding to the mystery of Bigfoot. We located a number of Sasquatch models throughout the dark rooms. Also, we discovered a lot of fun tongue-in-cheek signs about the Bigfoot phenomenon.

One exhibit highlight Bigfoot in media. We found news articles reporting sightings of the beast throughout the years.

We also discovered a number of plaster casts of Sasquatch feet (both juvenile and fully grown). My son pointed out to me that these plaster prints were clearly non-human and impossible to replicate.

A video plays discussing the history of Bigfoot. The video has evidence of shelters and bent trees which defy physical explanation. Those who have experienced a strange presence in the woods told their stories.

A map with push pin marks of sightings throughout the U.S. and world drew my son’s attention. He believes he spotted a juvenile Sasquatch on one of our journeys. He found confirmation on the map as other pins near that location showed him that he was right.

The museum is not large. Really, it’s the size of two or three standard size rooms. There is not a lot to see, but what we did see was interesting. It also was a blast of irreverent fun. I know that there are some die-hard believers. The museum acknowledges them and validates there beliefs. But it does so in a fun, lighthearted way.

As we left the museum, we reached a box where we could place out blue tokens. We could place out tokens in one of three slots — one for “I Believe,” one for “Maybe,” and a final slot for “I Do Not Believe.” My son quickly inserted his token in the I Believe slot. He then turned to me. What slot would I choose? Was I convinced by the evidence?

In the end, I placed my token in the “I Do Not Believe” slot. While the museum was a hoot, and I enjoyed watching my son contemplate the reality of Bigfoot, I remain unconvinced of the existence of the beasts. My son was slightly disappointed, hoping I would at least place my token in the “Maybe” slot.

After leaving the museum, we did make a purchase at the gift shop. My son picked a sweet t-shirt with Bigfoot and the Colorado State flag. And he made plans to save his money for a return trip to buy more swag.

Colorado is home to an annual Snow Sculpting Competition in Breckenridge.

We found another Big Guy in Colorado at Santa’s Workshop at the North Pole. 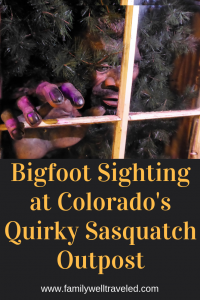 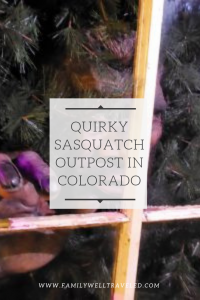