4 Things To Do at Capulin Volcano National Monument 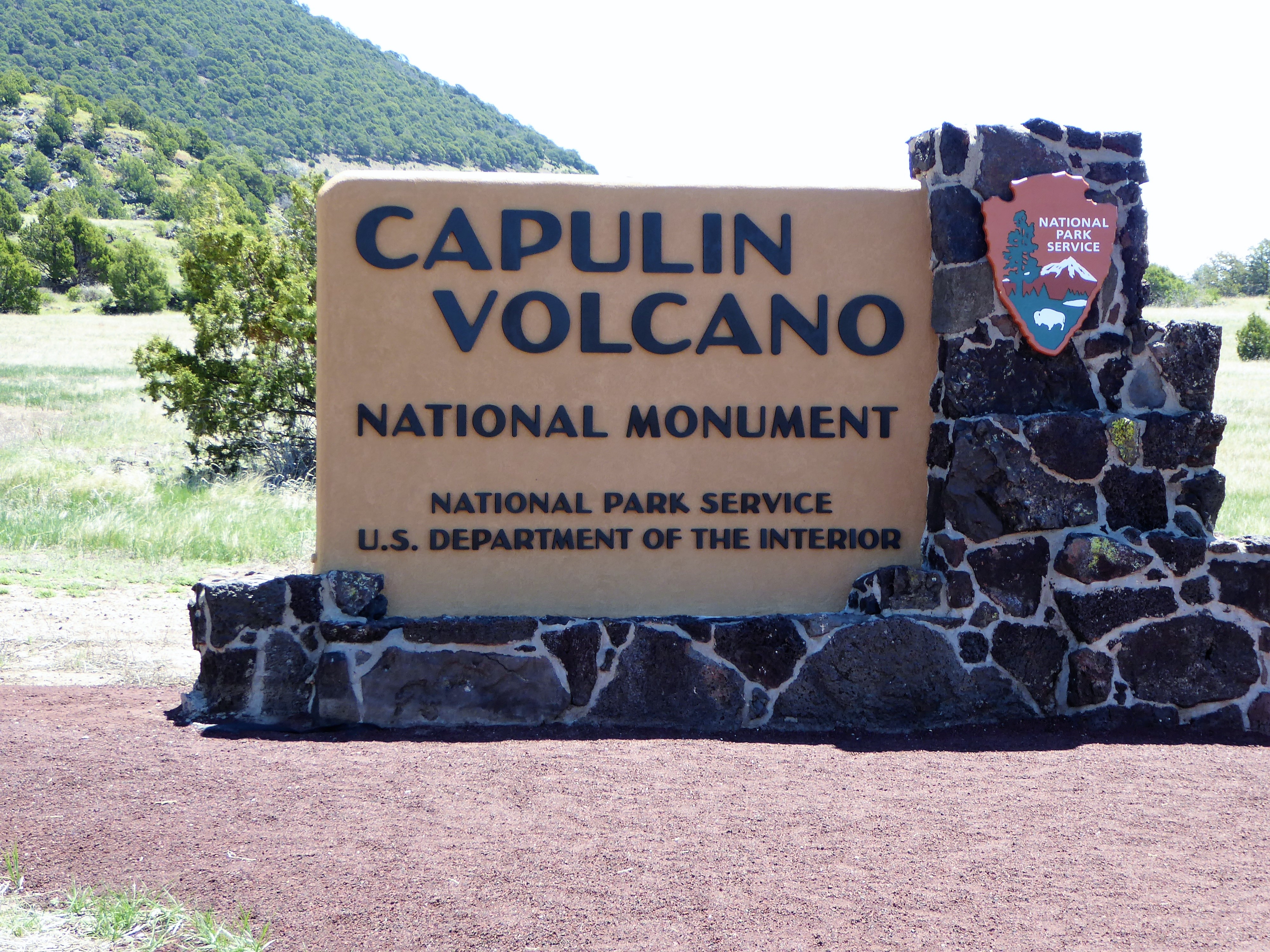 Most people have heard of the Ring of Fire, a volcanic hotbed in the Pacific Ocean. However, many do not know that 60,000 years ago, New Mexico had it’s own geologic wonders.

Today, dotted throughout the plains of northern New Mexico lie dormant volcanic mountains. Years ago, however, those mountains spewed molten lava. The lava rock peppers the plains around the region to this day.

One of those mountains is Capulin Volcano, which was named a national monument administered by the U.S. National Park Service in 1919.

It may not be the most popular site in the National Park Service, but there is still plenty to do and see in this sparsely populated country.

We are fans of our national parks. As a family, we have visited many of the sites and have plans to visit more in the future.

Our trip to Capulin began when we decided to visit Santa Fe, New Mexico. We drove from our home in the Front Range of Colorado. The road trip would take 5 1/2 hours, so we knew we needed to stop somewhere for lunch. What better spot than a volcano just over the border from Colorado.

The stop at Capulin Volcano was a chance to stretch our legs, eat lunch, and check another national park off our list.

While at the park, we discovered four things to do at the monument

1) Hike Down Into the Volcanic Crater

The road up the mountain is narrow, winding, and steep. At the top of the volcano, you find limited parking. Thus. you must stop at the visitor’s center at the base of the mountain and place your name on a waiting list for access to the top of Capulin.

The wait time varies, but the earlier you arrive the better. We had about a 20-minute wait, which gave us time to eat a picnic lunch.

Once at the top, you witness the cone crater. From the parking lot, you have a couple of options for touring the site. There is a hiking path that takes you around the rim of the volcano. Or, you can hike down into the center of the crater.

My son and I chose to descend into the crater along the while my wife and daughter enjoyed the landscapes from the parking lot.

As you drop into the crater, you see the ever-present remnants of volcanic rock littered throughout the cone. It is piled high naturally. The rock from Capulin and other volcanoes is seen for miles around in the valleys of northern New Mexico.

The Crater Vent Trail is a 0.2 mile hike. It takes you straight down into the heart of the volcano. It is a one-way trail. In other words, what goes down must come back up. Although not a difficult hike on a paved surface, it is hard on the knees. At more than 8,000 feet in elevation, I also had to catch my breath at the top.

While my son and I were walking into the belly of the beast, my wife and daughter held to the top rim. From the summit, you can see the surrounding volcanoes. In the distance, you see the snow-capped Rocky Mountains.

Capulin was a noticeable landmark on the southern branch of the Santa Fe Trail in the 1800s. Immigrants followed the route out of Kansas to New Mexico, often stopping at the Volcano. The observant eye might catch wagon train ruts from those journeys.

3) Keep and Eye Out for Wildlife

We were lucky enough to spot a deer while driving down from the summit. Also, we spotted a jackrabbit. It is not surprising to see elk or pronghorn in the region. We spoke with a ranger who said he saw a bear one morning.

We were at the monument during late May, and the signs warning of rattlesnakes were everywhere. Fortunately, we did not see a rattler that day, but we did see one a couple days later at Fort Union.

The most interesting species we saw during our visit was found in a web. Tent caterpillars spin large webs near trees for their larvae to feed. As we walked down the Vent Crater Trail, we saw dozens of these webs lining the pathway. Inside some of them, we saw the larvae moving within the webs.

Near the monument we saw cows. OK. So that may not be a big deal to you. I get it. But, there are some in our family who love cows. So this picture is for them.

We may have mentioned a time or two that are kids love earning Junior Ranger badges during our park visits. Each site in the National Park Service provides young people an opportunity to earn a badge and be sworn in as a Junior Ranger by completing activity books and tasks.

We purchased Junior Ranger vests on our previous parks trip, and the kids loved wearing them and showing off their badges.

While we ate lunch, the kids worked through the booklet, learning about the monument and cone volcanoes. While at the crater, the kids interviewed a Ranger, and completed other tasks required for their badges.

Once the kids completed their books, we returned to the visitor’s center where they were allowed to wear Ranger hats while being sworn in as Junior Rangers, tasked with preserving and protecting the environs of Capulin Volcano.

We also stamped our National Parks’ Passport book. Having a nice rest from the road, we piled back into our car and continued our road trip, having enjoyed a scenic and informative stop along the way.

We love the Junior Ranger program. Read more about the program here.

Traveling to New Mexico? Read about things to do in Santa Fe.

Read about our experience with a rattlesnake at nearby Fort Union National Monument.

Have you been to Capulin Volcano? What do you most like about visiting national parks? Leave a comment for us below. We love hearing from you. 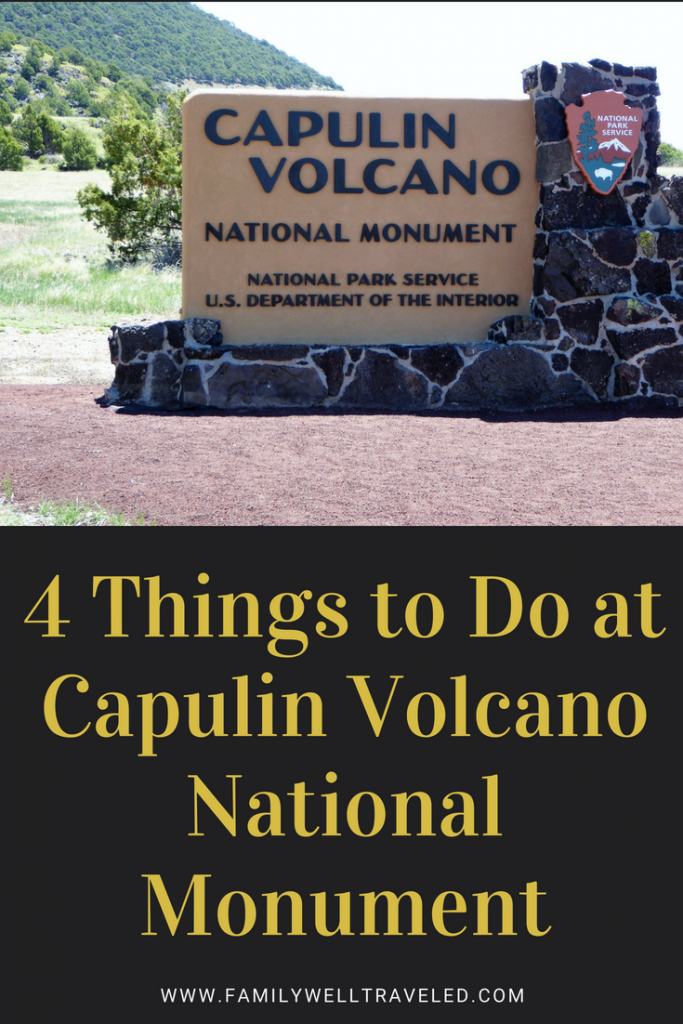