The Wild West Lives On at Buffalo Bill Museum & Grave 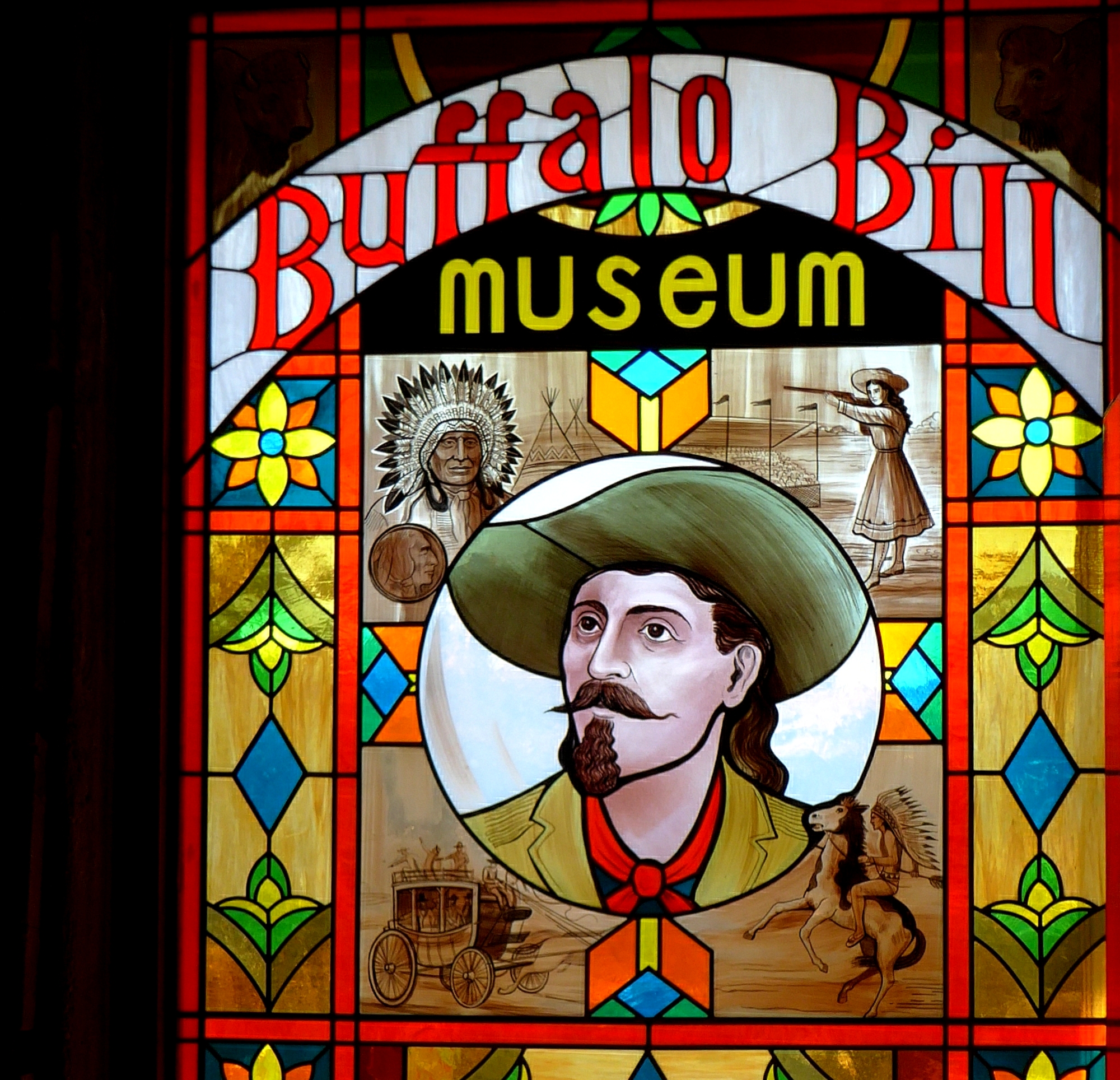 The Iowa-born Cody became one of the most storied and traveled persons in the world at the time of his death in 1917. The story of his life and his lasting influence on Western culture are examined at the Buffalo Bill Museum & Grave, part of the Denver Mountain Parks System.

Our family toured the museum on Lookout Mountain, outside of Denver, in commemoration of the 100th anniversary of Cody’s death. Buffalo Bill chose the location for his burial for its unsurpassed views of the Rockies and the western plains. Cody claimed that on a clear day, one could see four U.S. states. While you can question the veracity of that statement, you cannot argue with the stunning landscape that is Cody’s final resting place.

Who was Buffalo Bill?

He was born in 1846. His family moved a few times, and settled in Kansas, a hotbed of political activity in the days leading up to the U.S. Civil War. His father spoke against slavery in a public forum and was stabbed for his opposition to slavery. The wound would later result in his death, leaving the 11-year-old William to find gainful employment. He did so working for a wagon train. He also worked as a scout, helping guide a U.S. Army unit to Utah.

At age 14, he became a mail carrier for the Pony Express, and later immortalized the Pony Express in his Wild West shows. He also led bison hunting expedition and was renowned for shooting the animal (supposedly killing more than 4,200 bison in an 18-month period), served in the U.S. Army and worked for the railroads.

By age 23, he became the hero of a dime novel which largely fabricated his exploits. The novel brought him national fame. After the fame brought from other dime novels, Cody started a traveling Wild West show that eventually toured most of North America and Europe. Cody capitalized on a desire to experience the Wild West with the act that ended in 1914 in Denver.

While Buffalo Bill traveled the world, and lived many places (including the eponymous Cody, Wyoming), his last days were spent in Denver. He selected Lookout Mountain as his final resting place. At his death in 1917, some 15,000-20,000 attended his funeral service. Today, you can visit the grave of Cody and his wife. Lookout Mountain is a popular tourist stop, boasting 400,000 visitors per year.

A Museum and Tribute

You can tour the museum on location and learn about Cody’s life and see many pieces of memorabilia from Buffalo Bill’s life and traveling show.

The museum boasts many displays walking you through William Cody’s early life, his early work, his military service, and his traveling Wild West Show. Throughout the museum, you find interactive exhibits that allow kids to take part in the history of the Wild West. As an added bonus, you can visit the museum’s website before a visit and download information for your family. The Cowboy Corral lets kids try to rope a cow and dress in western duds. Kids can get a look inside a tepee. And they can create a bead design at a station near the Cowboy Corral.

The museum has memorabilia donated by Cody’s family and friends. There is a lot to see and explore at the museum, Native American headdresses, Bison, firearms, and the costume and saddle that Cody used in his show. You also learn the history of the museum, grave site, and Pahaska Tepee Restaurant and Gift Shop. While we loved exploring the museum, we found it a little small and it did feel crowded during much of our visit (especially when a tour bus let off riders to check out the museum).

On a Clear Day

Lookout Mountain is a popular stopping point for tour buses. On the day we went, we saw three tour buses stop. Some allowed tourists to see the museum, but all let riders see the grave and the stunning view of the Rocky Mountains and the Western plains. A haze in the air during our visit limited visibility of downtown Denver to the East, but the views to the West were breathtaking.

Of course, their are viewing stations throughout the area to sneak a peak at the views.

Nestled between the museum and the grave site in the Pahaska Restaurant and Gift Shop. Named after the Wyoming town near Yellowstone where Cody had a hunting cabin, the restaurant serves bison burger or chili and other western food. The enormous gift shop had more than enough items to leave our kids wishing they had saved more money for the trip. More Buffalo Bill memorabilia is showcased here, as well as a taxidermy bison.

While the museum is a bit crowded, overall we enjoyed our time at the Buffalo Bill Museum and Grave, part of Denver Mountain Parks System. We learned a lot about Cody. Last year as part of a school project, our son researched and wrote about Cody, but he still learned a lot.

The American Wild West would not be the same without the influence of Buffalo Bill’s Wild West Show. Some of the indelible lore is directly attributable to Cody. For example, he made the Pony Express a part of his show, and without that influence, the Pony Express might have been a forgotten piece of history.

We enjoyed learning about Cody’s experiences with European royalty and with more “common” people. The museum does a good job of showing the important role Buffalo Bill had in making the Wild West such an storied part of American History.

You can find out more about the museum here.

If you are in the area, you might check out these other nearby attractions.

Read about our visit to touch and excavate dinosaur bones at the Morrison Natural History Museum.

Read about our trip to Denver’s Downtown Aquarium.

Check out or list of 10 other family activities around Denver.

Disclaimer: Our family was given complimentary admission to the Buffalo Bill Museum and Gave, part of Denver Mountain Parks System for this post, but all views expressed are our honest opinions. Find out more here. 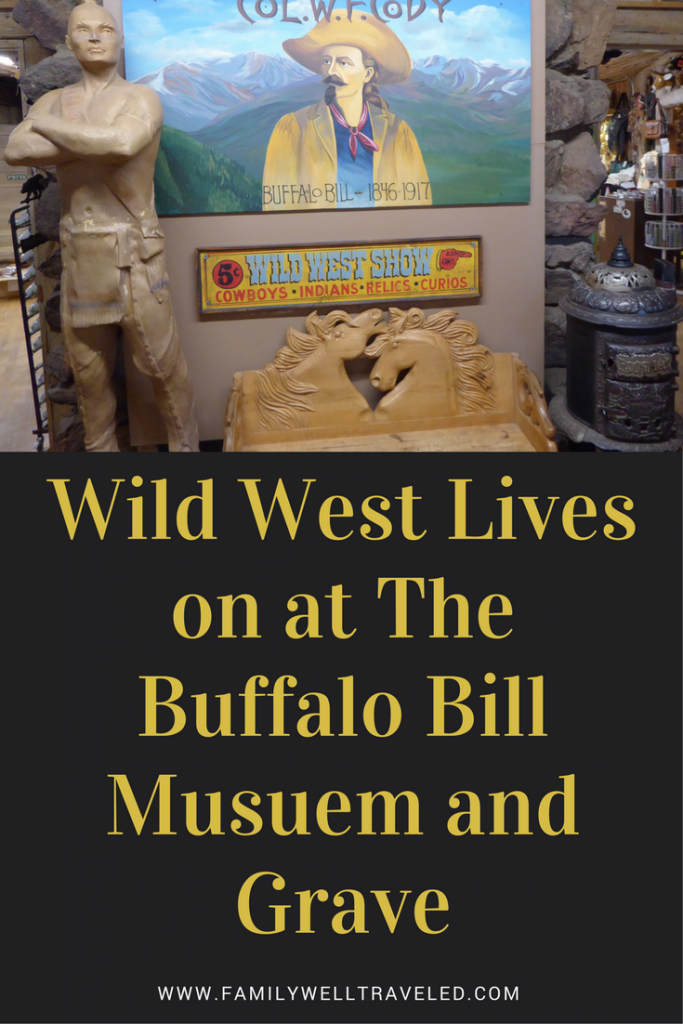