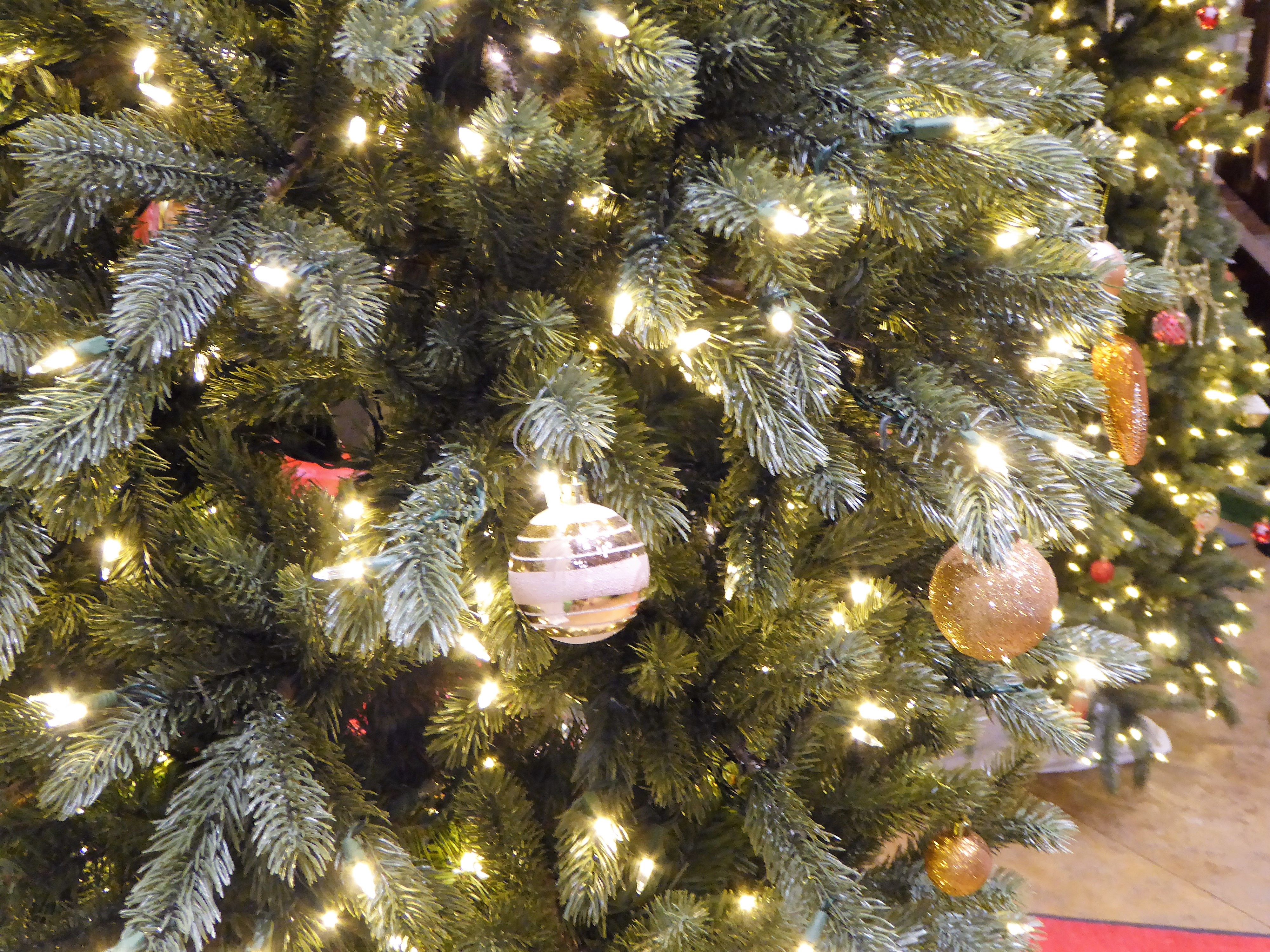 Christmas is such a busy time of the year. After holiday baking, shopping for gifts, wrapping those gifts, and preparing for company Christmas parties, it feels like there is not enough time to add anything else to your schedule. However, if you are in the area, you should make the time to share in some of these Christmas festivities around Colorado.

The parade, on the Friday evening after Thanksgiving, runs through the downtown streets of Salida. It ends with the arrival of Santa. Once at the grandstand, Santa reads the poem, “Twas the Night Before Christmas.” Then, he hits the switch, lighting Christmas Mountain.

The Christmas Parade is the type of small-town festival we love. Locals make the parade fun. We especially enjoyed the parade entries, including the circus school (our son wants to join the school) and the local Kazoo band (Yes, a Kazoo band).

The Christmas tree lighting is a sight to behold. It is much more than a tree. Salida lights the mountainside up with “The World’s Largest Christmas Tree.”  The 750-foot tall “tree” includes 4500 LED bulbs strung from nearby Tenderfoot Mountain. The town celebrates the tree lighting with a spectacular fireworks display.

Everyone needs to see Christmas Mountain at least once in a lifetime.

The fast-growing town of Castle Rock kicks off the Christmas season with Starlighting. The yearly festival is the Saturday before Thanksgiving.

Downtown Castle Rock streets swell with thousands of people listening to music, shopping, and feasting before dusk. As the sun sets, the rock atop the mountain that gives the town its name becomes the focus of the celebrants.

The lighting of the 45-foot star on top of Castle Rock is a tradition dating back to the 1936. The star remains lit throughout the Christmas season until the conclusion of the Western Stock Show in January.

But, pulling the switch on a star would be anti-climactic after the build up. So Starlighting concludes with a thunderous fireworks display too.

Schweiger Ranch was established by three Austrian brothers in 1874. Today, the ranch is a historic landmark  and preserved by the Schweiger Ranch Foundation.

Of course, the crowning event is the tree lighting ceremony. It’s more than a Christmas tree though. The entire ranch lights up with lights on the tree, ranch house, barn, and windmill.

Our favorite event was the one-horse carriage ride. My daughter and I enjoyed making a circle around the Ranch.

We always love the Great Wolf Lodge. It is a magical place during the Christmas Season. At check in, our kids received special Snowland wolf ears they wore throughout our stay. In addition to the traditional water park and Adventure Park activities, the resort is transformed with Christmas Trees, shimmering snowflakes, special story times, and visits from Mr. and Mrs. Claus.

We stayed for a festive weekend filled with crafts (such as origami reindeer, face painting, and picture frame decorating). The kids enjoyed a special Wolf Trails Walk and Talk where we roamed the facility and learned about woodland creatures (did you know a squirrel can jump 20 feet? or that a fox can hear a watch ticking from 20 miles away?).

We decorated Christmas cookies (and consumed them, too). The kids participated in a scavenger hunt sending them around the resort to collect ten clues. After collecting the clues, they received a prize from a grab box. They also participated in Snowland University. After taking four “classes” (such as story time, meeting a Great Wolf Lodge character, and making a craft) they received a diploma with their name and a limited-edition Rowdy the Reindeer trading card.

Our favorite event happened after the morning and evening Woodland Creatures show. Following the show in the grand lobby, we experienced an indoor snowstorm, with the white stuff cascading down from the rafters. It is truly a magical, not-to-be-missed experience during Snowland.

Want a memorable meal at the Great Wolf Lodge? If so, consider booking a meal inside the Gingerbread House where you can enjoy a private family meal next to a roaring fireplace.

Great Wolf Lodge provides special Snowland rooms during the Christmas season. Booking these suites entitles you to a decorated Christmas tree in your room. We didn’t get this special suite this year — but maybe next year!

Santa’s Workshop at the North Pole in Cascade

Santa’s Workshop at the North Pole lies at the base of Pike’s Peak. The amusement park includes more than 20 family-friendly rides, a Christmas Village with Nordic-style buildings painted in primary colors, Santa’s chapel, real reindeer, and of course Santa’s House, where you can visit the Jolly Man himself.

The park is open Spring through Christmas Eve, although the busiest times are the weeks leading up to Christmas.

The North Pole, which opened in the 1950s, still carries that old-school charm. You won’t find the latest thrill rides at Santa’s Workshop, but the classic rides add to the wonder of this magical place.

Who could resist meeting Santa at his house? Not us.

In addition to Starlighting, Castle Rock hosts Storytellers and S’mores. This community event includes stories read by members of Castle Rock Police and Fire Departments, the Grinch, and Buddy and Jovi from the movie “Elf.”

Santa makes an appearance and you and the kids can get your pictures taken with the Big Man himself. Also, you can take a carriage ride through downtown Castle Rock

The city provides all the fixings for you to roast marshmallows by the fire and create your own tasty s’mores.

Our Complete Guide to Santa’s Workshop at the North Pole. 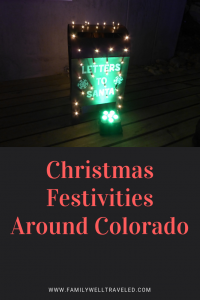 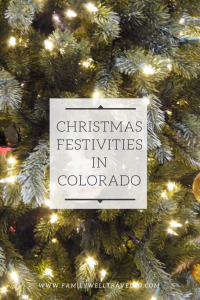