Rolling Hills Zoo: An Unexpected Find in the Middle of Kansas 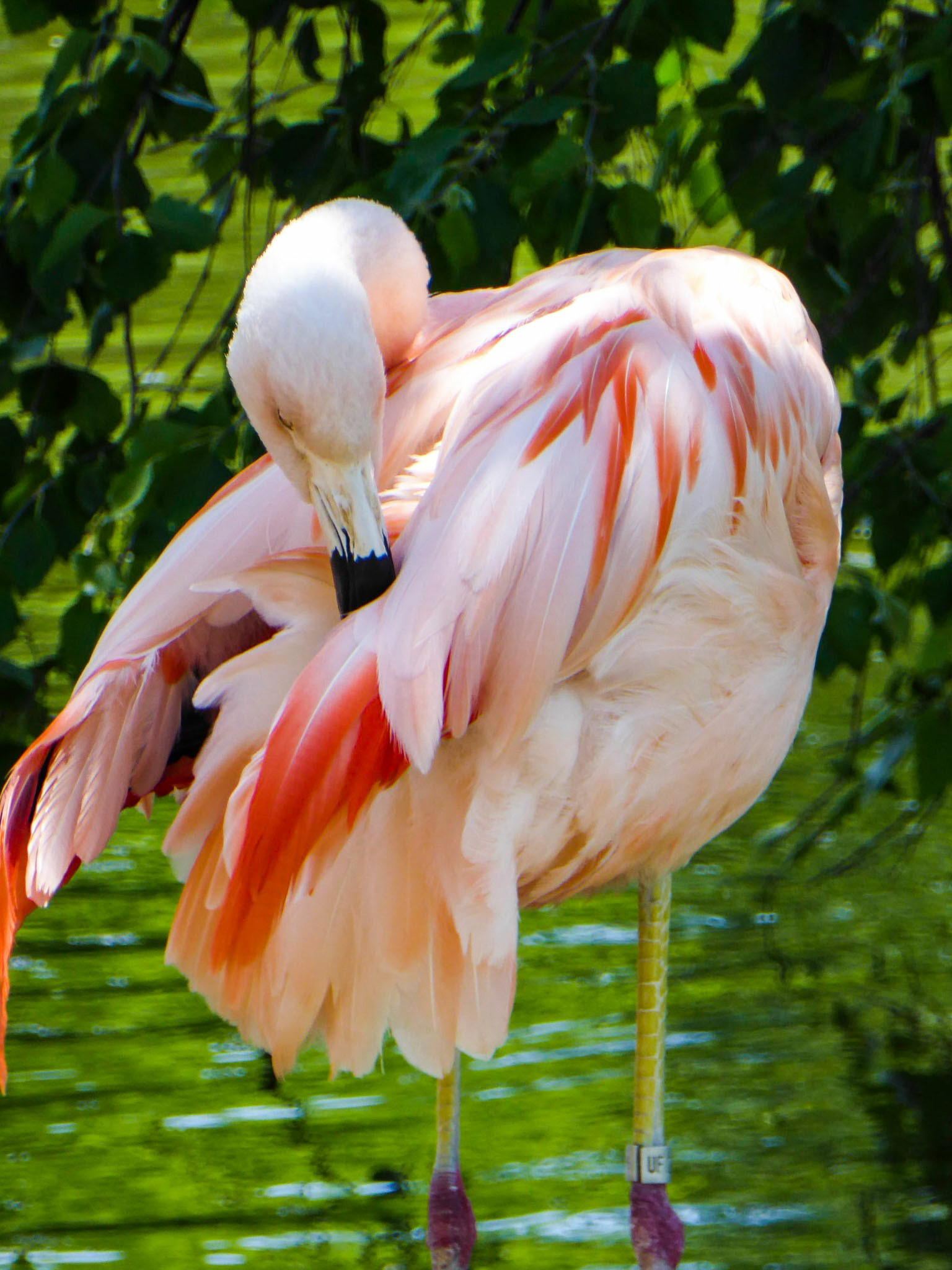 Did you know there is a zoo in the middle of Kansas? Neither did we until we were planned a road trip to Topeka to attend our niece’s high school graduation.

It is a long drive from our home at the foothills of the Rocky Mountains in Colorado to Topeka. We wanted to break up the trip.

We found the perfect stop outside of Salina, Kansas — The Rolling Hills Zoo.

Although we were excited to see our niece graduate, we were unexcited about the drive to and from Topeka. We knew we had to break up the trip.

We left our home Friday night, stopping in Colby, Kansas for the night. Like a scene from “The Wizard of Oz”, we pulled off the interstate just as clouds darkened the sky and tornado sirens rang out, alerting the town of a micro burst wind in the area. We spent the evening watching a severe thunderstorm from the safety of our hotel room.

The next morning, we set out with overcast skies and threatening storm clouds. Our kids did not know we planned a surprise stop to the zoo, and my wife and I hoped the weather would hold out for the pit stop.

The clouds cleared, leaving sunny skies and a perfect opportunity to visit the zoo.

Arrival at the Zoo

We played a game in the car with our kids. Can you guess where we are going to stop? We provided one clue: we were stopping at Exit 244. The kids watched diligently for road signs and billboards until our son spotted the billboard for the zoo.

You cannot imagine that a zoo would exist in this underpopulated interstate exit. Once we took the off ramp, we drove two miles down a densely tree-lined country road. The entrance to the zoo took us by surprise. Bam! Here you are. Turn right to enter the zoo.

We walked a short pathway to the museum where we purchased tickets. The pathway was pleasantly lined with animal sculptures, shrubs and flowers.

Inside we walked through a museum featuring taxidermy animals from different regions of the world. Animatronic people move and talk throughout the exhibit. Also, in the museum, we saw a limited-time traveling exhibition of arachnids. My kids and wife hate spiders, so they walked quickly through the exhibit featuring species of tarantulas and scorpions, before heading outside to catch our tractor tram ride.

We paid an extra $3 per person to take the tram through the zoo. The tram makes seven stops, and trams run in 20-minute intervals. Sure, we could have hoofed it through the 65-acre wildlife center, but it was nice to hop on and off the tram — which has a number of canopied seats attached to a slow moving tractor.

Also, while on the tram, the driver served as docent, telling us about the animals, and future plans to expand the zoo  on the adjacent land. So, it was worth the extra expense for the shaded ride and the information we accrued.

For those children who don’t live (and work) on a farm, Rolling Hills has Kids Country, featuring a traditional red barn and farm animals. Kids love petting and playing alongside goats, sheep, llamas, and chickens.

Of course, we came for the animals, especially the animals we don’t see every day. Our son wants to be a primatologist when he grows up and begged us to see the mandrill, chimpanzee and Sumatran orangutan. Our daughter always loves giraffes, so we had to stop at the giraffe barn.

My wife and I love big cats, so we enjoyed seeing the Amur leopard, cougar, tiger, and snow leopard.

Although our tram driver told us that the male lion’s roar is heard six miles away, we simply drove by on the tram, without spending time marveling at the beast.

Our favorite animals during this zoo visit, however, were not the large bears, rhinos, and camels, but the smaller animals that we could get up close to.

We laughed as we watched the flamingos preening themselves near a pond, and laughed as my wife tried to get a picture-perfect shot. She had such a difficult time with the birds moving to and fro, but her perseverance paid off.

But, that wasn’t my wife’s only laugh-worthy encounter at the zoo. While trying to photograph the giant tortoise, she got a little too close to the animal. The tortoise looked at her, hissed, and hightailed it away from her (it moved as fast as we’ve ever seen a tortoise move).

Later on, we did a Google search and found that when startled, a tortoise exhales quickly, making a hissing sound. It hated her (at least that’s what we like to think), and the look on its face seems the proof we need to make our case.

We also enjoyed watching the anteaters and aardvarks. While we usually spend time admiring the larger animals, it was a fun opportunity to spend some quality time with these smaller animals.

We ate lunch at the restaurant inside the zoo. There were plenty of menu options and the prices were modestly priced compared to other zoos we have visited.

The central feature of the zoo is a large lake, which provides pleasant scenery, but also makes for a lot of walking to animal exhibits.

The zoo also has a playground area, a number of benches and picnic areas, and plenty of restrooms.

Overall, we were more than happy to make this pit stop in the middle of Kansas. There are many places you can stop along I-70 in Kansas, but Rolling Hills Zoo has to be one of the more unexpected and enjoyable of those stops.

Have you been to Rolling Hills Zoo? What’s your favorite stop in Kansas? We’d would love for you to share with us. Leave a comment below. 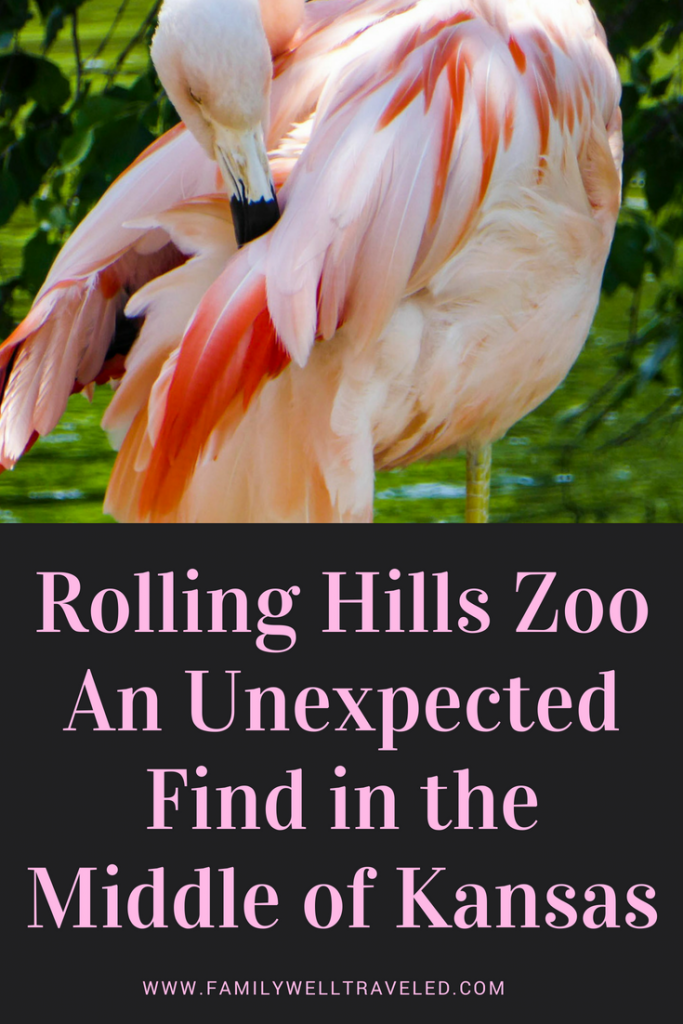 13 thoughts on “Rolling Hills Zoo: An Unexpected Find in the Middle of Kansas”